What’s it Going to Take to Save the World? 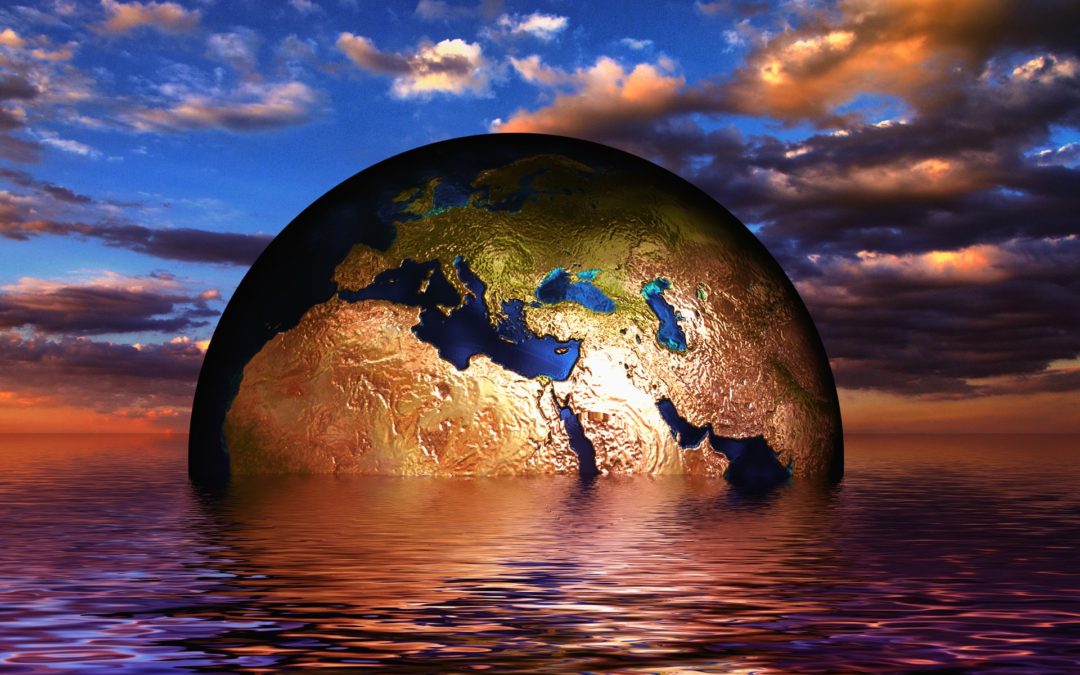 “True intelligence operates silently. Stillness is where creativity and solutions to problems are found.” ECKHART TOLLE

A change in our level of consciousness is the only thing that’s going to save us.

We have many pressing problems, like climate change and economic inequality. Things too numerous to mention.

All of these external conditions are merely externalizations of inner dysfunction. If we really lived in alignment with universal oneness, the entire earth would be a place of great beauty and light.

But our consciousness must change before this can happen.

All beauty…every heart-achingly beautiful work of art, or every creative solution that ever arose from the mind of a human being…is born out of beingness.

This is the primordial state from which all creation arises. Frenetic action, no matter how well-intentioned, cannot bring lasting change. Lasting change can only happen if we achieve a critical mass of consciousness.

To do this, we have to transcend thought. And we need to do this before it’s too late.

So, let’s all do our part to be midwives for the emerging consciousness.

Be present in every moment. This means think only when you need to. This way, you use the mind—it doesn’t use you. When you’re done using your mind, set it aside.

We don’t need our minds as much as we think we do. In today’s thought-obsessed world, that’s almost sacrilegious. As wondrous as the mind is, it merely is a tool. It pales in comparison to the one true consciousness.

We have to be especially careful about not harboring negativity. Because if we act from negativity, that action will carry the energy of negativity and nothing good will come of it.

So, getting all mad and going out charging into the world to become a social justice warrior won’t help. Productive action only arises out of presence.

There’s a sacred quality to your actions when they’re guided by presence. If we change, the world will change, because the world merely reflects our inner selves.

Are we going to make it?

I hope so. If enough people wake up, we will.

But if we don’t achieve that critical mass in time, the world could perish. That might mean the total destruction of everything we know. We need to be ready to accept this possibility if that’s what the collective consciousness wants.

Of course, that would be horrific. But even if all life on this planet were to end, consciousness would continue. In the end, there’s nothing we as a species can do to destroy the earth.

We can only destroy ourselves.

Because the earth isn’t really the earth. That’s just a disguise to fool the scientists. She is really the unbelievably majestic being known as Gaia. Humanity will get the right the circumstances it needs for its evolution. Everything is grist for the mill.

All that transpires just brings us to higher states of being, with no upper end in sight. Once the collective awakening starts, nothing can stop it. Not even our own destruction.

For the collective consciousness, that event would merely be a slight speed bump in the cosmic scheme of things.

Barely a blip on the radar screen.

But even if the earth is destroyed, consciousness will triumphantly arise from the ashes and clothe itself in a new vehicle for its creative expression.

Because consciousness uses the entirety of space and time for its canvas. Consciousness will breathe into the dust of our destruction, and new forms will arise.

We exit stage left, and something new comes into the picture. The one consciousness is endlessly creative, causing new forms to arise so the universe can know itself. This is the collective evolution of the universe.

Things move ahead. The divine electricity dances through matter, reconfiguring everything for its own purpose.

Everything has sentience. Even a rock. And everything is waking up to its true self.

What a glorious thing that is!